The Point of Plot Points

I have noticed that some of you are having difficulty identifying the Plot Points of a story. It is much easier to spot them when you visualize the three acts as being of usually standard lengths. The First Act is one quarter of the whole. The Second Act is one half or 50%. The final quarter is the Third Act. The Plot Points mark the ends of the first two acts. These lengths are suggestions and not strict rules.  The First Plot Point is an incident or a reveal that throws everything established in the First Act (set, setting, characters, relationships, etc.) into the Second Act or the general conflict of the story. The Second Plot Point is an incident or a reveal that forces everything that has happened thus far towards the final resolution of Act Three. There are exceptions, but most stories, especially mainstream movies, adhere to this generally accepted, basic structure.

Many of you are referring to the very end of the film as the Second Plot Point when that has most likely occurred 20 minutes to a half hour earlier, at the end of the Second Act. References to the First Plot Point are often also misplaced. 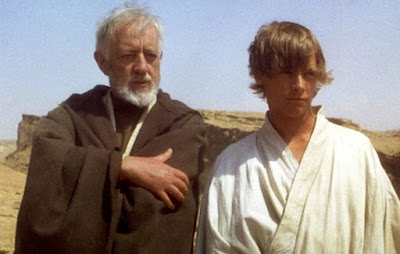 A film that many of you have probably seen is the first “Star Wars,” now known as Episode IV. The story follows the exploits of Luke Skywalker, a dis-satisfied young man who dreams of becoming a pilot and leaving the dull life on his Uncle’s farm. Circumstance puts him in touch with Obi-Wan Kenobi, an aging Jedi Knight and reveals a rebel plot to overthrow the evil Empire. Initial fear causes Luke to turn down Obi-Wan’s invitation to join this quest, but the murder of his Uncle and Aunt at the hands of the Empire motivates him to declare his intention to follow the old knight into danger. This decision is the First Plot Point and it comes about one quarter of the way into the story (25%).

The Second Act is filled with plenty of rising and falling action as the quest is undertaken to rescue a Princess and get vital plans to the rebel alliance for the destruction of a Death Star, the Empire’s ultimate weapon. The perilous journey to the Death Star, the rescue of the Princess and the escape from the Death Star make up Act Two. The death of Obi Wan at the hands of arch villain Darth Vader and the intense battle as they barely escape is the end of Act Two and thus, the Second Plot Point. All this takes up the middle hour of a two-hour film (50%).

The action then shifts to the rebel stronghold where plans are made to destroy the Death Star and the final assault that ends in victory. This is Act Three and takes up roughly one-half hour of the two-hour story (25%).

I hope this clarifies an approach to story analysis as you complete your worksheets. As always, contact me with questions.